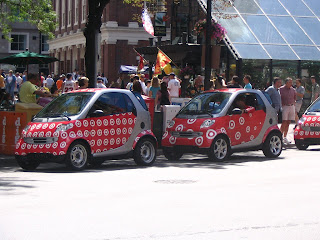 Two years for getting drunk and driving down the highway the wrong way and killing someone?

I figured they would find her guilty, I did not expect a two year prison sentence and a 10 year probation sentence on the other charge.

Hell.  You might as well paint targets on all of our cars and us here in Bexar County.  Its open season on us by drunk drivers!

Jurors on Wednesday ordered Seguin resident Jenny Ann Ybarra to serve two years in prison for a wrong-way drunken driving wreck along San Antonio's Loop 410 that resulted in the death of another motorist.

Prosecutors had sought a sentence of 15 to 20 years in prison for the December 2007 intoxication manslaughter of Erica Nicole Smith, who suffered massive head trauma in the wreck.

The defense sought probation, pointing to the actions of paramedics who left her for dead for more than two hours, and noting that Sabrina Shaner, who was driving Smith's car, was also drunk. Smith died the next day.