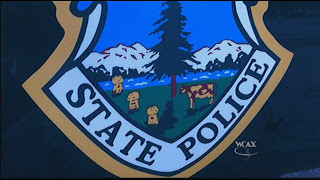 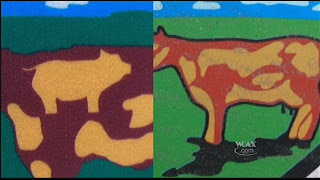 Its been there since 2009 apparently.

BURLINGTON, Vt. -
It's case closed on a Vermont prison prank that made national headlines.

Someone altered an image of the state seal, inserting pigs into the artwork displayed on Vt. State police cruisers.

State officials say female inmates at the prison work center in Windsor are responsible for altering the state seal back in November 2009, putting pigs on the side of Vt. State police cruisers, but exactly who did it may remain a mystery.

"At this point all we can tell is how many women had access to the file, and who they were," Corrections Commissioner Andy Pallito says. "Really being able to tell who manipulated the file last is virtually impossible without somebody stepping forward and saying I did it."

It may be case closed on the investigation, but one group is hoping to keep the image alive. They've created a Facebook page called "Save the Vermont Pigs," and now they have upwards of 1,000 fans.