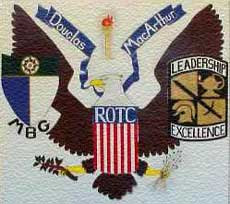 Rumor mill or not.

The Junior ROTC program at MacArthur High School is under two separate investigations by the North East Independent School District and the district's Police Department after allegations of death threats followed a hazing outcry two weeks ago.

Parents of students in the drill team — a smaller, competitive team of JROTC cadets — publicized their concerns Tuesday, saying they didn't believe the district had taken the reports of death threats seriously.