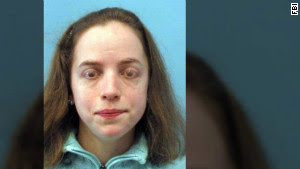 
(CNN) -- A self-proclaimed animal rights activist in Ohio has been charged with soliciting a hit man to kill a random person wearing fur, either by shooting the individual or slitting his or her throat.

Meredith Lowell, 27, of Cleveland Heights, is accused of creating a phony Facebook profile with the intention of contacting a would-be killer, according to the affidavit filed in an Ohio district court.

Lowell allegedly posted on the social media website the following request: "I would like to create an online community on facebook which would allow me to find someone who is willing to kill someone who is wearing fur toward the end of October 2011 or early November 2011 or possibly in January 2012 or February 2012 at the latest."

An undercover FBI agent then contacted her, posing as a hit man after the agency subpoenaed Facebook to uncover details about her profile.

She then allegedly requested that the murder take place at a local library and that she be present so that she could then hand out documents about animal cruelty after the homicide.

"Bring a sharp knife that is at least 4 inches long, it should be sharp enough to stab someone with and/or to slit their throat to kill them," Lowell allegedly wrote in an e-mail, according to the affidavit.

The individual should be at least 12 years old, but "preferably 14 years or older," Lowell allegedly wrote.
"I want the person dead in less than 2 minutes (under 2 minutes or 1 minute or less would be better.)"