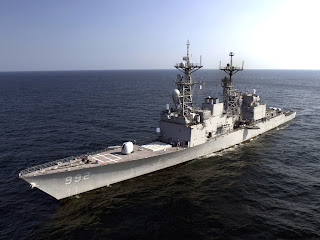 The US Navy hopefully is ready to repel the possible attacks and attempts to close the Straits of Hormuz.

Meanwhile, gas will probably hit $5-6 a gallon.  But our President doesn't need to secure gas and oil from a secure nearby ally like Canada.


(Reuters) - Iran has built up its naval forces in the Gulf and prepared boats that could be used in suicide attacks, but the U.S. Navy can prevent it from blocking the Strait of Hormuz, the commander of U.S. naval forces in the region said on Sunday.

Iran has made a series of threats in recent weeks to disrupt shipping in the Gulf or strike U.S. forces in retaliation if its oil trade is shut down by sanctions, or if its disputed nuclear program comes under attack.