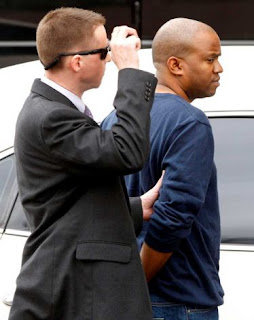 I guess the lure of getting to be on TV was too good to pass-up.

A San Antonio man accused of conning several youths into believing they were going to be on TV was arrested Tuesday and charged with distribution of child pornography.

Gemase Lee Simmons, 35, had been featured in news segments on Dateline NBC and MSNBC, which aired accusations he exploited several people, sexually and mentally, with promises of a reality television show about modeling that turned out to be fake.