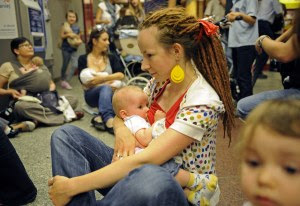 Why do these folks think that Facebook "owes" it to them to post photos of them breastfeeding their little darlings?

Is this more of that "entitlement" mentality which seems pretty prevalent today?

Vancouver midwife Emma Kwasnica called moms to support the cause worldwide through a Facebook group called “Hey Facebook, breastfeeding is not obscene.”

She said she’s repeatedly had her Facebook account suspended over photos tagged of her feeding her children and wants the company to rethink its approach.