Going from bad to worse to worser 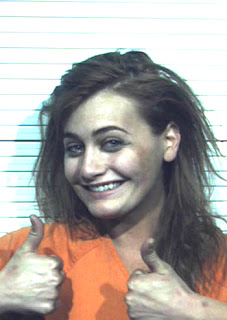 What worse than driving drunk?

How about hitting a car while driving drunk?

Not bad enough?  How about hitting a cop car while driving drunk?

Fortunately the patrol officer is okay.


While arresting suspected drunk driver, officer is hit by another
By Ana Ley - Express-News

An officer arresting a suspected drunken driver was injured by another one early Friday on the Northwest Side, police said.

Police said Officer Shawn King had arrested a man on suspicion of driving while intoxicated and marijuana possession Thursday night near the intersection of Fredericksburg Road and the Interstate 10 West access road.

King was in a marked police car parked on Fredericksburg, completing arrest paperwork as a tow truck removed the suspect's vehicle, when a 2003 Ford Mustang driven by Juan Lugo-Godines, 23, rear-ended the patrol unit.