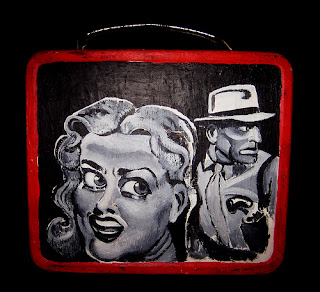 I can just hear the conversation when he hits prison.

"Ummm, stealing a kid's lunch box; but it was at gun point!"

A 20-year-old Akron man was convicted late Thursday of two counts of aggravated robbery, one count of aggravated burglary and various firearms offenses for his role in an armed holdup last year, authorities said.

One of the items stolen, prosecutors said, was a 6-year-old boy’s lunch box.

Terrell D. Nurse was convicted of the crimes in a bench trial before Summit County Common Pleas Judge Tom Parker.

Nurse, who faces six years in prison, is scheduled to be sentenced Feb. 28 in Parker’s court.