Night of the loving dead 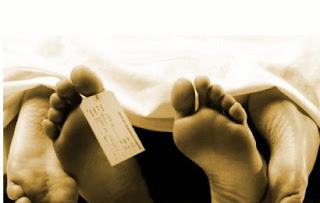 You would think you wouldn't have to make it illegal wouldn't you?


Sex with the dead?  Illinois bill would make it illegal
By Terry Hillig -stltoday.com

ALTON • Spurred by cases in which bodies of overdose victims were moved to thwart investigations, Illinois state Rep. Dan Beiser, D-Alton, is sponsoring a bill to make unauthorized movement of a corpse a felony.

It also would criminalize something that even Madison County Coroner Steve Nonn thought was already illegal — having sex with the dead.

Beiser said he introduced the legislation at the request of Madison County State's Attorney Tom Gibbons and other law enforcement officials. Gibbons called the relocation of overdose victims an "impediment to investigation" in several cases.

Prohibiting sex with a dead body corrects an obvious omission in the law, Beiser said.