Mom of the year 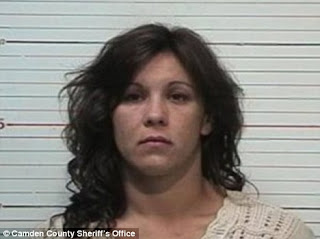 
'It was like a scene from Carrie':
'Possessed' mother found with blood-covered baby after 'slitting her throat' in same woods where ex-boyfriend was found dead
Mailonline -

A mother allegedly slashed her nine-month-old baby’s throat just months after telling a pastor she could be possessed and might hurt the girl.


Bradie Simpson, 39, of Camdenton, Missouri, was found in woods 225ft from her home as she held the baby covered in blood with a neck wound.


It comes months after the body of her ex-boyfriend, the baby’s father, was found in the same woods last September, reported ABC affiliate KSPR.