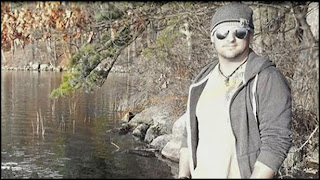 Dude you are a moron.


SARASOTA, Florida -- A Sarasota man who allegedly "friended" the defendant in a case while serving on a jury could face jail time next week if found guilty of disregarding a judge's orders.

Jacob Jock was selected to be part of a jury for a car accident case back in December. When it was discovered he friended the defendant in the case, he was kicked out of the courtroom and admonished by the judge.

But the Facebook fan wasn't done there. Court officials apparently became aware of more Jock posts after his dismissal, including a wall post detailing his excitement for being kicked off the jury.

"He went home and made a joke out of it and said, 'Ha, ha, ha, I got out of jury duty,'" said civil trail lawyer Damien Mallard, who served as the plaintiff's attorney in the case.

The judge has since scheduled a new hearing to discuss Jock's alleged contempt of court. If found guilty, he could face a hefty fine or even jail time.

"If this type of behavior is permitted without there being serious ramifications, it's something we'll see over and over again," said Mallard, who is concerned what would have happened if the female defendant would have

"If I go out on a date with him, then he might find in my favor," said Mallard of the defendant.

Instead, the defendant alerted her attorney and Jock was dismissed with an admonishment from the judge. It wasn't until he allegedly started posting comments on Facebook about being kicked off the jury that the judge found him in contempt of court.
Posted by Sam at 8:03 AM