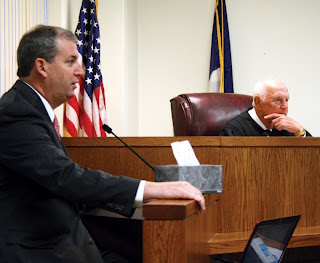 What a mess this was.

Why the Court of Inquiry?

Was it politically motivated?

SEGUIN — A judge ruled Tuesday there was no evidence of wrongdoing or a cover-up on the part of 25th Judicial District Attorney Heather McMinn or Sheriff Arnold Zwicke in connection with Francesca “Frankie” Casseb’s 2007 drowning death, adding there was insufficient probable cause to believe the man who put her in the Guadalupe River was reckless or negligent.

Senior State District Judge Doug Shaver issued the rulings at the close of two days of hearing evidence in a court of inquiry that included emotional and tearful testimony by James “Dan” Rollins III and his daughter Kristin, who were the last people to see Casseb, 12, alive as she struggled while pinned to a tree by fast current in the Guadalupe River below Lake Dunlap dam.