Its their fault, theirs!! 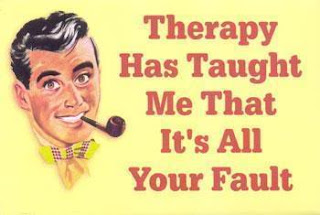 I still do not believe this gal will walk away from a conviction for Intoxication Manslaughter.

Her basic defense of its everyone else's fault but mine when you were over 3 times the limit and going the wrong way down the highway I think will ultimately just piss the jury off.


When paramedics Mike Gardner and Michael Collins arrived at the scene of a head-on wreck along Loop 410 four years ago, their immediate assessment was that Erica Nicole Smith — pinned in the passenger seat and suffering obvious head trauma — was probably a lost cause.

“I didn't see any respiration or movement,” Gardner testified Monday at the intoxication manslaughter trial of Jenny Ann Ybarra. “It looked like (brain matter) was on her shirt. It looked like it was on the dashboard.”

With two of Smith's friends outside the car in need of medical attention, the triage situation resulted in Smith becoming a lower priority, Gardner said, explaining that “it wouldn't be prudent to take care away from somebody who could possibly survive the accident.”