The case of the ingrateful son? 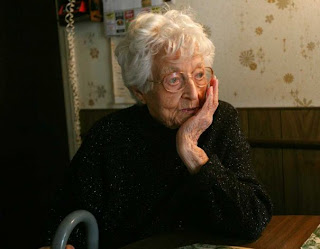 This is a tough case, isn't it?

You can understand he wants to take care of her, but to evict her from her own house?


NEW HAVEN, Conn. (AP) — Peter Kantorowski wanted his 98-year-old mother to move into a nursing home or live with him. She wouldn't go; she didn't want to leave her home of nearly 60 years.

Finally, Kantorowski went to court — and served his mother with an eviction notice shortly before her 98th birthday in December.

Mary Kantorowski says she won't leave the small yellow house she's been in since 1953, raising her two sons and cooking for the church she attended daily. The house her late husband wanted her to stay in until she died; the house she says is her "everything."

"I don't know why he wants me to leave," she said Friday.