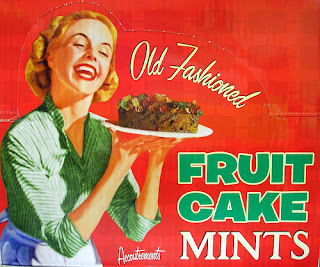 It probably tastes exactly the same as when it was made 70 years ago.

CINCINNATI (AP) — A 1941 fruitcake has sold for $525 to an Arizona man in an online auction and the money will be used to benefit the homeless in southwest Ohio.

Elite Estate Group sold the cake in an auction on its website that ended Thursday night. Company owner Larry Chaney said the man who bought the cake asked that his name not be released.

"I believe he probably bought it as an investment," said Chaney, adding that he doubts anyone would eat a 70-year-old fruitcake even though it was vacuum packed and contained rum that probably helped preserve it.