The arm of the law is long and patient 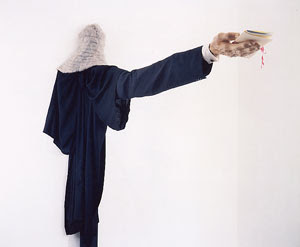 
A San Antonio man wanted for three decades for a murder in Houston was arrested Tuesday while driving a car across the border from Mexico.

Luis A. Galvan Robles, 52, and a woman were entering the country at Eagle Pass when U.S. Customs and Border Protection officials found the active warrant.

Galvan Robles was turned over to the Maverick County Sheriff's office and taken to the county jail.
According to a spokesman for the Harris County sheriff, a murder warrant was issued for him in 1980. Details of the case were not available.