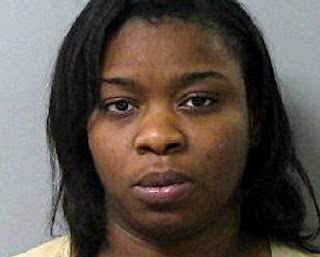 Woman slugs 70-year old Walmart greeter after she asks to see receipt: police
Elderly worker suffered fractures to the side of her face in the attack.
The Associated Press -


BATAVIA, N.Y. — A western New York woman is accused of slugging a 70-year-old Walmart greeter who asked to see a receipt for merchandise the woman was carrying out of the store.

State Trooper Tracy Patterson says 26-year-old Jacquetta Simmons of Batavia was charged with two counts of assault for the attack that knocked 70-year-old Grace Suozzi to the ground. Patterson says Suozzi suffered fractures to the side of her face.

Simmons ran out of the store after the confrontation shortly before 11:30 Saturday morning but was detained by employees and customers until police arrived.

Simmons was arraigned in Town of Batavia Court by Justice Michael Cleveland. She was later released from Genesee County Jail on $40,000 bond, to reappear in court Jan. 23. Police didn’t know if she has a lawyer.