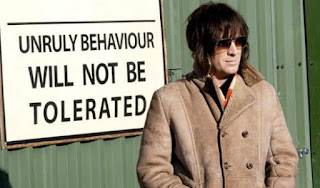 Well at least he was nice enough to apologize for chasing them for 10 miles while threatening them with a gun.

A man who pulled a gun on another driver, then chased him more than 10 miles into the parking lot of a police substation — all because he thought the driver had tried to rob him during a drug deal — apologized when he realized it was a case of mistaken identity, officials said.

“Oh, man, that's not the right guy,” the armed man told officers after his arrest.

The bizarre tale began on the West Side on South General McMullen Drive and ended when the driver of the car being chased sped into the parking lot of the Police Department's East Substation on Houston Street after 7 p.m., just as Officer Louis Esquivel was leaving after his shift.