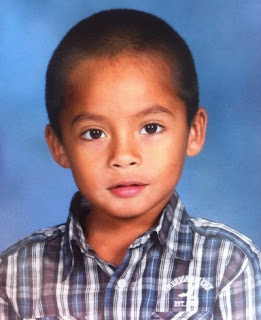 So now we have a possible capital murder.

Or at the very least a felony murder.

Rest in Peace little Rudy; hopefully your killer will be brought to justice soon.

Arson detectives have determined a fire that killed a 6-year-old boy at a Southeast Side apartment complex in August was deliberately set.

The San Antonio Fire Department announced Monday that two rewards totaling $30,000 are being offered for information related to an arsonist who started a fire Aug. 16 at the Summerview Apartments in the 7600 block of Stringfellow Drive.