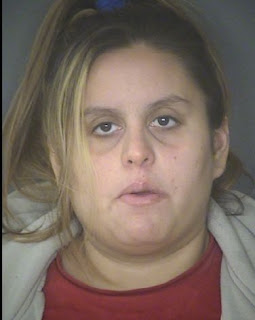 A brute of a girl apparently.

Yet I am sure someone will write and tell me, I'm wrong.

San Antonio police early Sunday arrested a woman accused of injuring her aunt on Saturday during an argument over the woman's 2-year-old daughter.

Marina Villarreal, 22, is set to be booked in Bexar County Jail on one count of injury to an elderly, causing serious bodily injury. A judge set bail at $10,000.

An arrest warrant affidavit states Villarreal, who lives with her mother, her 67-year-old aunt and her daughter, reportedly left the toddler with her relatives for the night on Friday. After her mother picked her up from a friend's house Saturday, the women began to discuss the care of the girl, the affidavit states. The argument escalated, and the women reportedly were pushing each other when Villarreal's aunt, Rosemary Castillo, got involved.