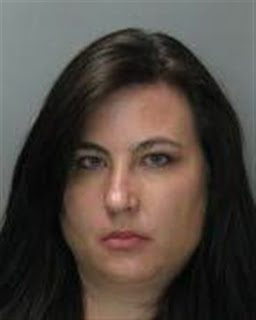 Does she ever need a psychologist.

BTW, is it just me or does she really look angry?

SACRAMENTO, Calif. (AP) - She split her own lip with a pin, scraped her knuckles with sandpaper and had her friend punch her in the face. Investigators say she even ripped open her blouse, then wet her pants to give the appearance she had been knocked unconscious.


But it was all part of what authorities said Friday was an elaborate hoax by the woman to convince her husband she was raped so they could move to a safer neighborhood.

Charges filed by the Sacramento County district attorney allege Laurie Ann Martinez, a prison psychologist, conspired with the friend to create the appearance that she was beaten, robbed and raped by a stranger in April in her Sacramento home.