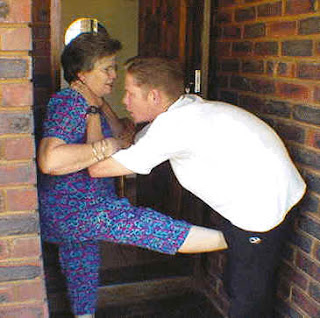 Isn't this victimizing the victim of the choking by the Bully?

BOSTON (CBS) – A 7-year-old boy is being investigated by his South Boston elementary school for possible sexual harassment after kicking another boy in the crotch.

The first grader’s mother, Tasha Lynch, says she was shocked by the school’s decision.

“He’s 7 years old. He doesn’t know anything about sexual harassment,” she said.