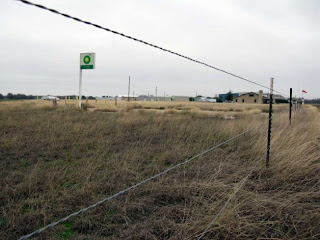 ZUEHL — A fence erected in 2008 beside a rural airfield here in southwest Guadalupe County has spurred a rash of lawsuits, the latest of which accuses dozens of county officials of engaging in organized crime and seeks $31 million in damages.

The defendants deny the allegations made by New Braunfels resident David Goad, whose prior self-drafted court pleadings led to his being declared a vexatious litigant.

Goad filed the newest suit in U.S. District Court on Dec. 8 on behalf of two daughters who own a 1-acre lot that once housed a fueling station used by the Zuehl Flying Community.