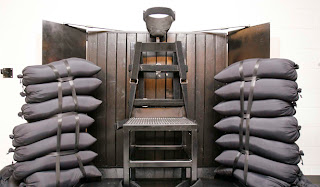 This one will net the guy a capital murder charge.

Authorities say a man shot and killed his ex-wife and her older brother Wednesday night after the two argued when he came to pick up their 7-year-old son at her relative’s house in far Southwest Bexar County.

Bexar County Sheriff’s Office Sgt. Raymond Pollard said the man, whose name was not released, arrived at the home in the 1400 block of Wisdom Road at about 8 p.m. to take his son for a visit.

The boy’s 48-year-old mother and her ex-husband argued outside, witnesses told investigators. Then she then ran into the house, yelling, “He’s got a gun, he’s got a gun!” witnesses said.