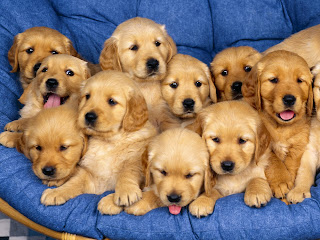 Apparently it was a real dog of a case.

Jurors on Friday acquitted a man accused of dog-snatching who had faced a felony conviction and up to 20 years in prison in an incident two years ago in which Marley, a pit-bull puppy, disappeared.

Dominick Eugene Flaggs, 22, admitted on the witness stand this week that he took the puppy from Jessica Carillo, who was then 16, as she walked the pooch through her Converse neighborhood in February 2009.

But he didn't make her cry and didn't push her to the ground as she testified, he said. He said he was sure — still is, in fact — that she was walking Sampson, his own pit pull puppy who had escaped four miles away about two weeks earlier.