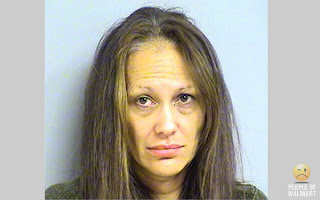 You know what they say.

If you can't get it at Wal-Mart you don't need it.

Tulsa police arrest a woman for mixing chemicals to make meth inside a south Tulsa Walmart on Thursday.

Elizabeth Alisha Greta Halfmoon, 45, also known to go by Alisha Halfmoon, was arrested for endeavoring to manufacture meth at the 81st and Lewis store.

Police say surveillance video shows Halfmoon had been in the store since noon.  Six hours later security noticed she was acting suspicious, so they called Tulsa police.