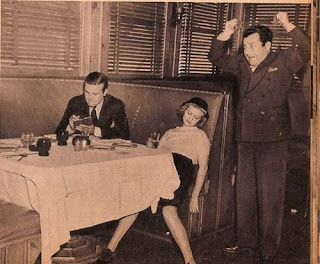 Sounds like he was having a bad day, hmm?


Women kicked off airplane at PBIA claim unruly flight attendant was to blame
Passengers claim attendant was a bully.
By: Dan Corcoran - wptv.com

PALM BEACH COUNTY, Fla. - Three women were escorted off a New York bound flight at Palm Beach International Airport Monday afternoon by airline staff and Palm Beach County Sheriff's deputies. The women claim they did not do anything wrong and that a flight attendant on board was the only one behaving poorly.

The women -- a lawyer, a therapist and a retired travel agent -- were complete strangers until they were seated near one another on AirTran Flight 1451 to White Plains, New York. They were buckled in and ready to take off when they said a male flight attendant began mishandling some overhead luggage.

"I said, 'Hey, I have breakables in that,'" said Marilyn Miller. Miller said her plea was ignored and that the flight attendant even began shoving other bags into hers. "It was just like a bully and I found myself shaking."