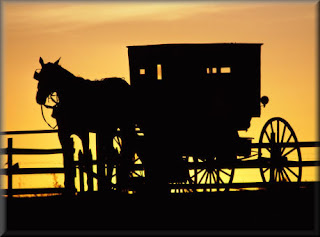 Who would be so cruel and wicked to do something like this?

I hope they are found quickly.

Rest in Peace Rachel and may God bring peace to your family.


FREDERICKSBURG, Ohio—
Members of a close knit Amish community gathered Saturday night to mourn the death of a 15-year-old girl, who was shot to death under circumstances that are shrouded in mystery.

David Zuercher, a friend of the family of 15-year-old Rachel Yoder, told Fox 8 News, "Just total disbelief and shock. I just couldn't believe it. I thought it was a joke, that it was not so."

Relatives initially believed that Rachel suffered a head injury while on her way home from a Christmas party for employees at a produce shop.

The girl was discovered on the ground near her buggy Thursday night at the family farm in Fredericksburg, but when she was flown to Akron City Hospital, doctors discovered the teenager had been shot in the head.