No doubt who it belongs to now is there? 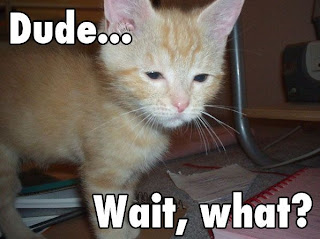 But at least he asked for it back nicely.


That should count for something, right?

Pa. man asks officer: 'Can I have my weed back?'
Associated Press -

BEAVER, Pa. (AP) — A defense attorney's argument that a bag of marijuana uncovered during a Pennsylvania traffic stop could have belonged to a man other than his client has unraveled after an arresting officer recalled the suspect asking him: "Can I have my weed back?"

Nineteen-year-old Devonte Davon Jeter was one of four men in a car stopped by Midland police on May 13.

Jeter's attorney said Monday that the marijuana could have belonged to any one of the men in the car.