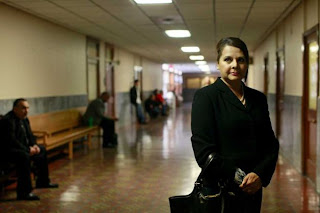 This isn't a good thing for Hilda.

Even the accusation isn't a good thing.


A former prosecutor with a reputation for taking on more indigent defense cases than any other San Antonio lawyer is under investigation after a judge's signatures on reimbursement forms for such work appeared to be forged, the Bexar County Sheriff's Office said Wednesday.

Detective Louis Antu, a spokesman for the sheriff's office, said Hilda Valadez came under suspicion after a clerk for a state district judge noticed the signatures didn't appear to match the judge's.

He declined to name the judge, citing the ongoing investigation.