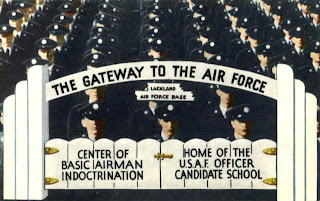 What a terrible breach of trust if these allegations are proven t be true.


The Air Force said Tuesday that a former training instructor at Lackland AFB could face life in prison after being charged with “inappropriate sexual conduct,” including consensual sex and rape, with 10 recruits.

The Air Force said Staff Sgt. Luis A. Walker had sexual contact with the recruits through much of his time as an instructor.

Walker, whose age and hometown were not released, faced an evidentiary hearing, called an Article 32, on Monday on charges of rape, aggravated sexual assault, sodomy, obstruction of justice and violating a general regulation — being alone with a female recruit.