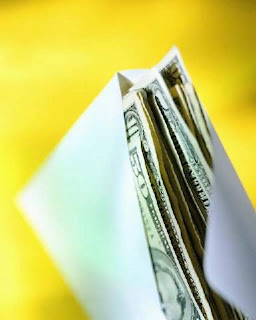 He did the right thing.

Thank you Mitch Gilbert for helping restore at least a little faith in our fellow man.

GREENWOOD VILLAGE, Colo. (AP) — A Colorado man who found $10,000 before boarding a flight in Las Vegas says he returned the money to the owner because he wanted to show his children it was "the right thing to do."

Greenwood Village resident Mitch Gilbert told KUSA-TV he found two unmarked Caesar's Palace envelopes at the airport and realized there was money inside when he arrived home. The television station reported Monday (http://goo.gl/7aqpU ) that Gilbert called the airport and eventually got in touch with a man from El Paso, Texas, who reported the money missing.

Gilbert says he deposited the money in the man's bank account two days before Christmas. The man told the television station he won the money gambling and dropped it while running to catch a flight.


The rest of the money: