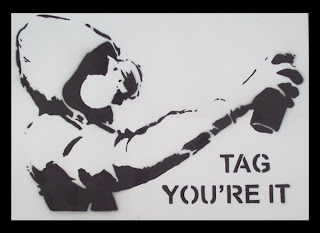 I guess there was no other choice but to let him finish.


Officers spent two hours negotiating with a man caught tagging a billboard along Interstate 10 after he refused to climb down until he'd finished the job, police said.

The San Antonio Police Department said it received a call around 5:30 p.m. Friday about a man spray painting a billboard near Colorado Street.

Officers arrived and told the man to climb down.

He wouldn't. Not until the tagging was done.