The Bureau of Stupid Bureaucrats 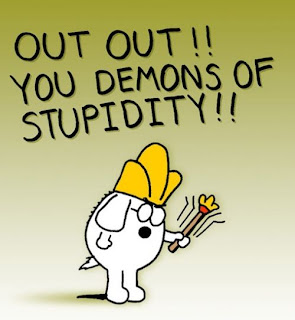 You're not sure if the impairment is permanent?

What part of his legs were amputated do you fail to grasp?

A man from Nyköping in eastern Sweden has been denied a power wheelchair despite having had both of his legs amputated as the local health authority remained "uncertain if the impairment was permanent".

The man had his legs amputated after a long struggle with diabetes, but despite being unable get about, his application for a power wheelchair has been denied.

“I was bitterly disappointed in the local authorities. I don’t feel I got the support I deserve,” Evert Stefansson told The Local.

Evert Stefansson had struggled with his health for a long time. As a long-suffering diabetic his kidneys have taken a beating, as has his eyesight.