Umm Judge, can we take a mulligan? 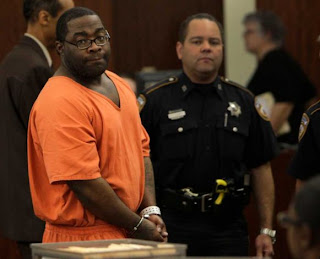 Jeeze, you'd think at least the dude himself would have remembered he was in prison at the time he was supposed to committing another armed robbery?

Due process demands that he only be put n prson for crimes he actually could and did commit, capiche?

Sentenced to life in prison in November for armed robbery, LaDondrell Montgomery insisted he was not the shadowy figure on surveillance video. He swore the eyewitness identifying him were flat wrong.

If only the 36-year-old habitual offender had an alibi. If only he could remember exactly where he was that day of the robbery.

A week after jurors sentenced Montgomery, his attorney was researching the felon's lengthy rap sheet.