Will this be enough to make you not drink and drive? 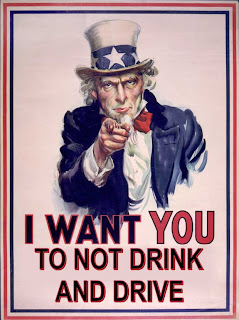 Blow or have a blood draw and its 0.15 or above you'll get a class A misdemeanor.

At least 30 drivers in Bexar County have been charged under a new law that doubles the maximum penalty for registering a blood alcohol level of nearly twice the legal limit.

Under the enhanced law that took effect Thursday, first-time offenders who have a blood alcohol content of 0.15 or higher will be charged with a Class A misdemeanor, punishable by up to a year in jail and a fine of up to $4,000.

Previously, the offense was a Class B misdemeanor, punishable by up to six months in jail and a fine of up to $2,000. The legal limit for blood-alcohol content of 0.08.