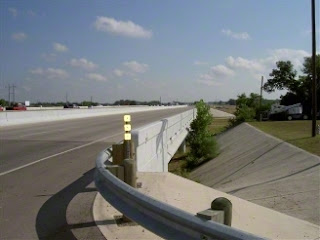 A victim whose truck is missing?

Might could become a capital murder offense in Hays County?


SAN MARCOS — Police are investigating the apparent killing of a man whose body was found under a busy Interstate 35 bridge.

A game warden on patrol for poachers found the body of Frank Allen Urrutia, 51, under the Blanco River bridge on Friday night. He died from blunt force trauma to the head, San Marcos Police Commander Penny Dunn said.

Dunn said Urrutia had been last seen at Jack's Roadhouse, a bar on Hunter Road, at 1:30 a.m. Wednesday. His truck is missing and has been reported stolen.