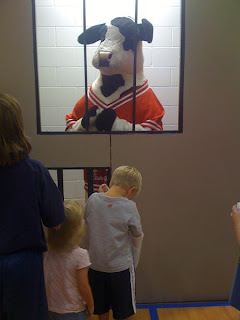 BERLIN (AP) — A cow named Yvonne whose escape kept a corner of Bavaria on tenterhooks has turned herself in after three months on the run.

The Gut Aiderbichl animal sanctuary, which now owns the errant bovine, said Thursday that a farmer had called to say Yvonne had shown up on her farm in the Muehldorf area, near the Austrian border. One of the sanctuary's employees was able to confirm Yvonne's identity with the help of her ear tag.

The brown dairy cow escaped from a Bavarian farm in May, then hid in forests. A few days later, she was involved in a near-collision with a police car, and local authorities labeled her a public danger.