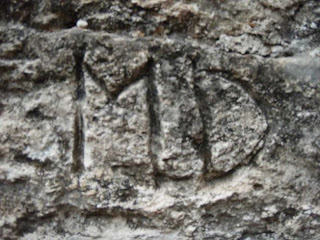 You best start worrying Pendejos we're coming to get you.

I can't believe someone would do this.

Well, no, take that back, loser assholes are capable of many things.

For the third time in recent years, Mission San Juan has been defaced by vandals, who this time likely caused permanent damage to an 18th-century stone wall.

National park rangers discovered seven graffiti carvings Friday in the wall just inside the main gate near the convent building.

Moved to its present location in 1731, San Juan is one of four cherished San Antonio missions visited by about 1.7 million people each year from around the world.