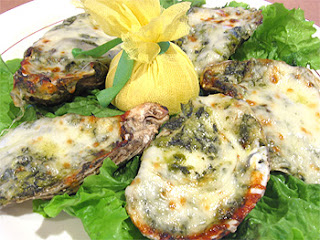 I wonder how they'd taste?

Would you even care?

A man is charged with drug offenses after Customs and Border Protection officials found cocaine-stuffed clams in his luggage at Washington Dulles International Airport, authorities said.

CBP officials said 26-year-old David Pocasangre Vaquiz, of El Salvador, was taken into custody after 15 clams containing plastic bags filled with cocaine were found in his luggage after he arrived at Dulles. Pocasangre Vaquiz arrived on a flight from Panama at about 2 a.m. Saturday, CBP spokesman Steve Sapp said.

The clams held 152 grams — or 5.36 ounces — of cocaine, a relatively small amount in a smuggling case, authorities said. The drugs have a street value of about $10,000.