Stung by the Sting 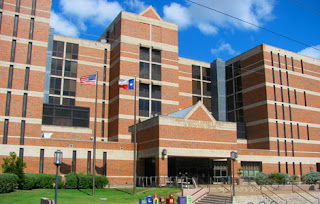 You just pretty much screwed the pooch which would have been your life, for a few bucks.

A Bexar County detention officer was arrested when he was caught trying to smuggle what he believed to be drugs into the county jail, authorities said.

Jonathan Pommerening, 22, was charged with bribery and released Thursday from Bexar County Jail after posting a $20,000 bond, jail officials said.

Sheriff's investigators provided Pommerening with a simulated substance he believed to be narcotics, when they received a tip the man had been trying to smuggle drugs into the jail in exchange for money, said Lou Antu, a spokesman with the Bexar County Sheriff's Office.