Another Cartel hit in Mexico 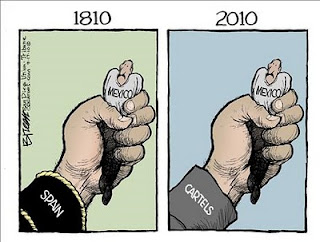 How much longer will this go on?

Ooops!  Nevermind.  Nothing to see here, move along.

(CNN) -- The editor of a Mexican newspaper was found dead, her body decapitated and with a note next to it, officials said.

Maria Elizabeth Macias Castro, 39, was the editor in chief of the newspaper, Primera Hora.

Her body was found Saturday morning, according to the attorney general's office in the northern Tamaulipas state. A message "attributed to a criminal group" was found next to her, the office said.