Murdered while taking a cat nap 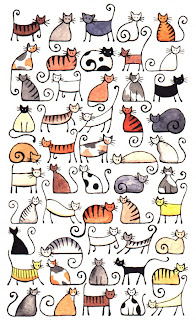 This is a tragic situation.

Their North Side home reeked from the overflowing litter boxes of more than 50 cats, and John Philip Benzing had decided he'd had enough of his wife's mental and physical issues, prosecutors said Tuesday.

But how he dealt with that frustration — bashing the head of Leona Benzing, 79, with a hammer as she napped, then stabbing her twice with a butcher knife before slitting her throat — was the most violent option imaginable for ending their 27-year marriage, Assistant District Attorney Meli Carrion told jurors as Benzing's murder trial began.

“She died soaked in her own blood,” Carrion said during opening statements.