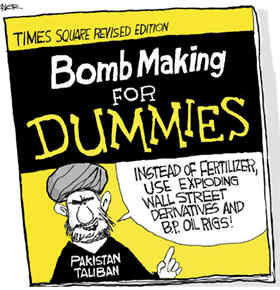 What was he thinking when he made the bombs?

That they would be used for good?

A Somerset man was sentenced Friday to 10 years in federal prison for making explosive devices that authorities say a teen used to attack a far Northwest Bexar County home more than a year ago.

Raymond Edward Mynes, 47, apologized for his actions in the series of bombings at the home of Tlihualt Manuel Hernandez — whom Mynes didn't know.