Keep him in jail 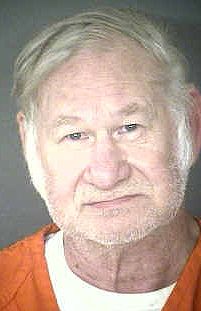 A man previously accused of raping a 3-year-old girl has been charged with doing the same to another young child, according to San Antonio police.

Raymond Eugene Dobson, 69, was charged with aggravated sexual assault of a 6-year-old girl. According to an arrest warrant affidavit, Dobson admitted assaulting the girl in his bedroom.

He was arrested again Wednesday afternoon and bail was set at $200,000.