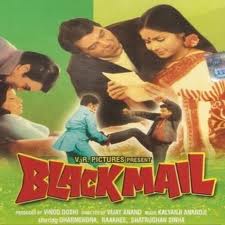 Man booked for MMS blackmail
The Times of India -

KALYAN: A 25-year-old man has been booked for blackmailing his 17-yearold neighbour with an obscene MMS of the teenager. The man allegedly threatened to make the MMS public unless she paid him.

Nitin Sonawane, a resident of Mohane in Ambivli, is unemployed and had got married a few months ago.

On April 18, 2011, when the victim was waiting for a bus at Khadakpada in Kalyan, Nitin offered her a lift. He then took her to a secluded spot and forcibly took some pictures. Nitin then demanded money from her, threatening to send the MMS to her family. The girl paid some money, but when she refused to pay more, on Thursday, he sent a photo to the victim's home through post. When the victim's family learned about the incident, they lodged an FIR. A police team has gone to Shirdi where Nitin is said to have fled.
Posted by Sam at 8:47 AM