Pull up your damn pants 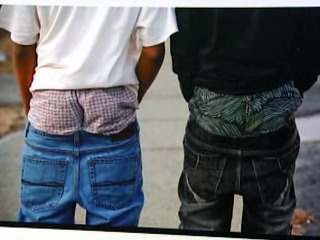 I could care less but he should have listened to the stewardess.

I hate the saggy pants BTW you look ignorant and stupid.


OAKLAND, Calif. -- Green Day frontman Billie Joe Armstrong says he was kicked off of a Southwest Airlines flight Thursday night for wearing his pants too low.

The Bay Area rock musician was traveling from Oakland to Burbank when the incident occurred. "Just got kicked off a southwest flight because my pants sagged too low! What the f**k? No joke!" Armstrong tweeted Thursday night.

"Basically, all the passengers were already seated, we were ready to go, they had already told us to start to turn our cellphones off," she said.