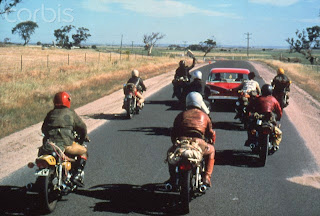 It sounds like a Mad Max movie only its set in Missouri.

Drivers have reported huge packs of motorcycles swarming the highways around St. Louis, with the bikers pulling stunts, making hand gestures and forcing cars off the roadway.

There has been no official word yet from the state highway patrol or other public safety officials.

The reports started coming in around 2 p.m. from various spots on I-270 and I-70, most recently in the north St. Louis county area. Some claimed to see as many as 800 to 1,000 motorcycles in a pack.