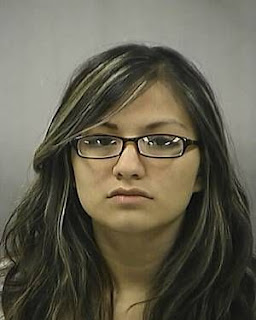 A pregnant woman accused of setting a romantic rival's vehicle and home on fire was arrested early Thursday.

Samantha Peralez, 20, was charged with arson of a habitation, a second-degree felony. Bail was set at $30,000.

Peralez's sister told police that Peralez had been feuding with the victim over the victim's estranged husband, according to an arrest warrant affidavit. The suspect's sister and cousin reportedly told arson investigators that she convinced them to join her when, dressed like a man, she drove to the victim's house in the 400 block of Crestfield Street at 1:20 a.m. on Sept. 1.